Bayern Munich’s lightning-fast left-back Alphonso Davies has been awarded with Bundesliga Rookie of the Month honours for the month of May.

Davies, who scored against both Fortuna Duesseldorf and Eintracht Frankfurt, beat out Borussia Mönchengladbach’s Marcus Thuram and RB Leipzig’s Christopher Nkunku to the award.

The 19-year-old Davies has quickly developed a reputation as being one of, if not, the world’s best left-back, has chipped in with three goals and eight assists this season.

A rising star and May’s #BLRookie of the Month 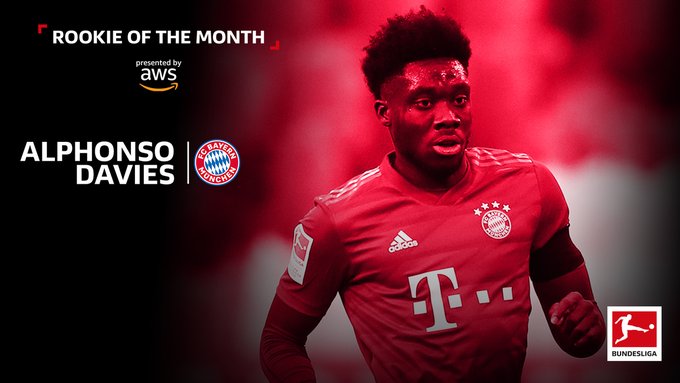 124 people are talking about this
Stay informed by Likeing and Following Us :