The 2019-20 FA Cup season resumes on Saturday after a break of almost four months, with Norwich City welcoming Manchester United to Carrow Road in the first quarter-final. The Canaries are battling relegation in the Premier League but overcame Tottenham Hotspur in the last round, when United cruised past Derby County.

Manchester United, on the other hand, beat Championship side Derby County in the last round. Ole Gunnar Solskjaer’s men are enjoying a good run of form, beating Sheffield United 3-0 yesterday. Anthony Martial scored a hat-trick, becoming the first player to score a hat-trick for Manchester United since Sir Alex Ferguson retired.

Teemu Pukki could be recalled after his surprise omission from the start against Everton and Marco Stiepermann could play for the first time since being cleared of having Covid-19.

Grant Hanley, Christoph Zimmermann and Sam Byram are all out for the remainder of the season.

Ole Gunnar Solskjaer has suggested that he will make changes to the United side that beat Sheffield United 3-0 in their Premier League. Jesse Lingard has recovered after missing the Sheffield United match through illness and is in line for a start whilst Solskjaer may decide to rest Anthony Martial, Bruno Fernandes and Paul Pogba.

Brandon Williams, Eric Bailly, Sergio Romero, Andreas Pereira, Juan Mata and Jesse Lingard could all come back into the side, while injury doubts Phil Jones and Axel Tuanzebe could also be in contention.

Norwich do not have quite as many options for rotation and may even be close to the point of prioritising FA Cup glory over the unlikely scenario of Premier League survival.

The likes of Emiliano Buendia, Teemu Pukki, and Todd Cantwell – arguably their three best players this season – were benched against Everton and could therefore start this match.

The Canaries are still without injured trio Grant Hanley, Christoph Zimmermann and Sam Byram, all of whom will miss the remainder of the campaign to leave Farke with very limited rotation options in defence.

Phil Jones and Axel Tuanzebe are still the only players unavailable through injury. 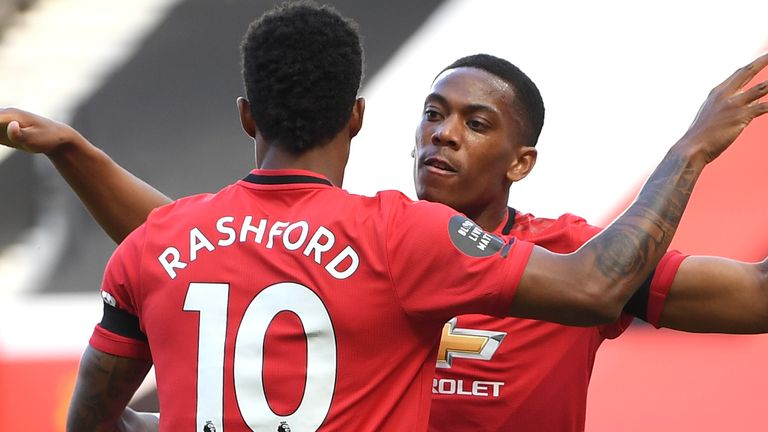 Here’s the full list of fixtures, and the live TV schedule in the UK…